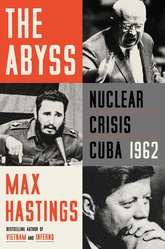 Max Hastings turns his focus to one of the most terrifying events of the mid-20th century—the 13 days in October 1962 when the world stood on the brink of nuclear war. Hastings looks at the conflict with fresh eyes, focusing on the people at the heart of the crisis—America President John F. Kennedy, Soviet First Secretary Nikita Khrushchev, Cuban Prime Minister Fidel Castro, and a host of their advisors.

As the action moves back and forth from Moscow to Washington, DC, to Havana, Hastings seeks to explain, as much as to describe, the attitudes and conduct of the Soviets, Cubans, and Americans, and to recreate the tension and heightened fears of countless innocent bystanders whose lives hung in the balance.