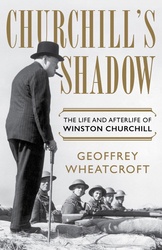 Churchill's Shadow: The Life And Afterlife Of Winston Churchill

Winston Churchill is generally considered one of the greatest leaders of the twentieth century, revered for his opposition to appeasement, his defiance in the face of German bombing of England, and his memorable speeches. And yet Churchill was also very often in the wrong: he brazenly contradicted his own previous political stances, was a disastrous military strategist, and inspired distrust through much of his life.

This revelatory new book takes on Churchill in his entirety, separating the man from the myth that he so carefully cultivated, and scrutinizing his legacy on both sides of the Atlantic. In effervescent prose, shot through with sly wit, Geoffrey Wheatcroft illuminates key moments and controversies in Churchill’s career.